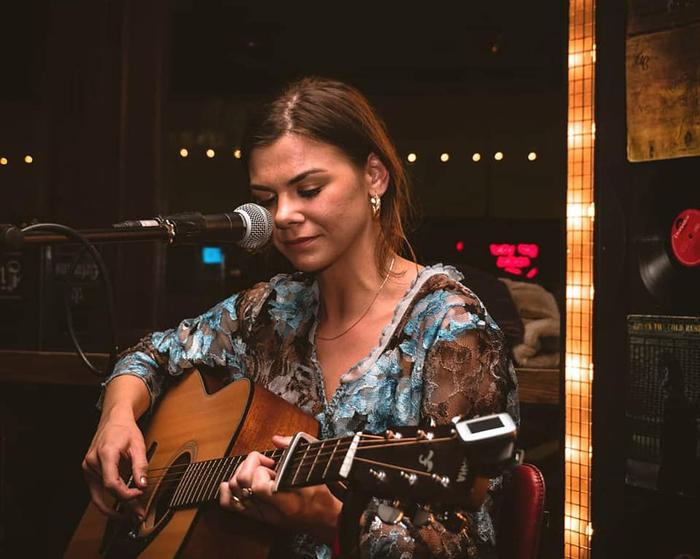 Jen Ella is a 24 year old singer songwriter originally from Cork but now living in Edinburgh. Jen Ella grew up playing traditional Irish music is this is where her roots lie. However, Jen Ella incorporates blues, folk, rock and indie in to her music with a mellow electric touch.

Jen Ella writes about unfolded events in her life reflecting on childhood memories, new beginnings, love, lust, travel and friendship. Her recent track 'Butterflies' is about her new adventure she embarked on after finishing school and how it shaped her as an individual.

Jen Ella has also released video form tracks called 'Hey Blue' and 'Flawless' and both of these can be found on her facebook page under 'Roadie Tv'.

Jen Ella has currently been gigging around Edinburgh and is continuing to do this during the Fringe show which is a major arts, music and comedy festival. She has appeared on previous radio stations in and around Scotland such as 'Boom Radio' and 'East coast Fm' to speak about her music and recent releases and more to come.

Jen plays a mix of covers from various bands such as Fleetwood Mac,The cranberries and Bruce Springsteen during her gigs.