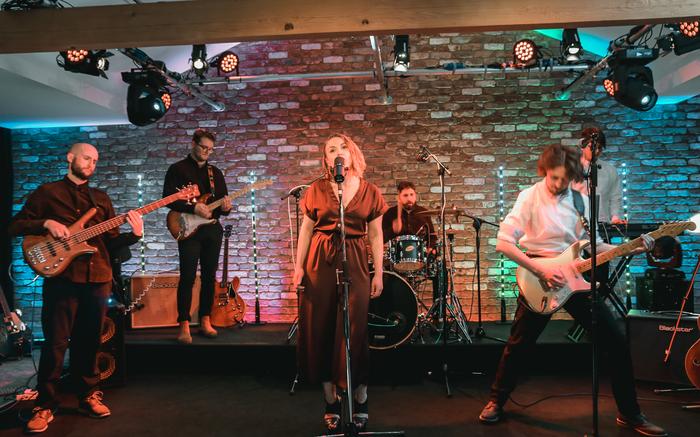 The band is based in Milton Keynes, often playing in Hertfordshire, Bedfordshire, Buckinghamshire and London

Fan Club House Band was formed in 2019 and consists of six professional, highly qualified musicians that met whilst all teaching their chosen instruments at a music school. Their goal was to provide a really high standard of live music to the events industry. This has led to the band performing at weddings, corporate events, festivals and private events. The band not only perform to an incredibly high standard, but also offer some of the best medleys/song interpretations in the party band scene.

The band offer two types of sets, a high energy party set, perfect for.... well, parties! And a super laid back, chilled out jazz set, perfect for welcome drinks, background music, or just if thats the mood you want at your party.

If you're looking for a party band set, then you can be assured Fan Club House Band will turn up and put on a show your guests will remember. It's all about having a good time. The band have a large repertoire of popular rock, pop, disco and Motown hits. But are also open to requests to tailor to your event.

And if its a laid back jazz set you're after, then Fan Club House Band can play a repertoire of beautiful arrangements. The band love to play this laid back set, and it always goes down a hit with guests. If you have a specific song you would like the band to do an arrangement of, then get in touch and they will see what they can do for you.

It's important to the band, that your event is tailored to you, and isn't just a generic party or jazz set that you may get elsewhere.