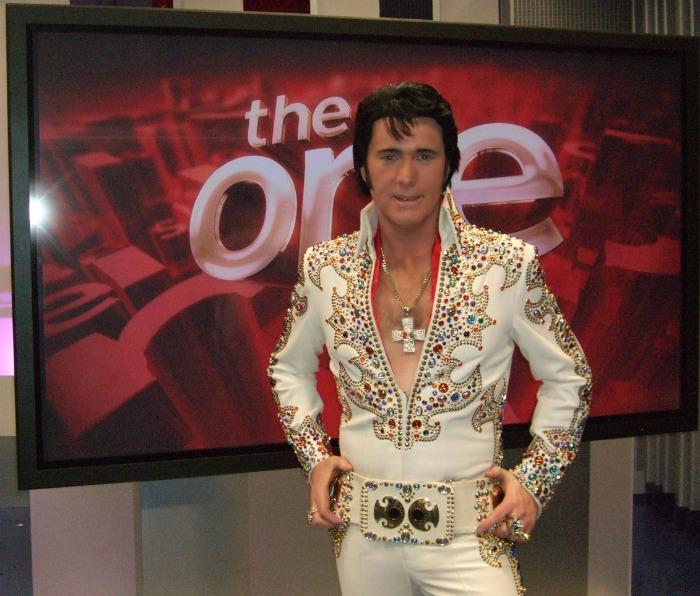 Fisher Stevens is regarded in the tribute world as an excellent entertainer and impersonator. With performances on Local and National TV, BBC Radio, London Theatre and Cruise Ships Fisher has a wealth of experience to offer you and your event. Fisher performed in memphis during Elvis Week 2013 as part of his 4 trips to the USA that year performing his Elvis tribute. He has performed his professional tribute show for many years in venues all over the World.

Fisher has performed in the London Theatre Show "Cooking with Elvis" this show ran for many weeks to great applause and revues, this was followed by taking to the high sea's performing on Cruise Liners, Fisher Stevens also appeared on BBC's The Weakest Link, ITV's Celebrity Mrs & Mrs, John Bishops Only Joking and performed live on the BBC with Children in Need

His Career is stronger than ever with his bookings taking him all over the world including a Hotel launch in Dubai in 2015. A twelve week tour of China performing in 41 Cities during 2015. Thousands of people have been to see the all new Elvis in Vegas Touring Show, a Theatre style production with live band and Backing singers celebrating the life of Elvis Presley

Fisher was delighted to have won the International Elvis Masters competition in 2014 and as part of the prize he has been asked to perform at Elvis Week 2014 in August over in Memphis.