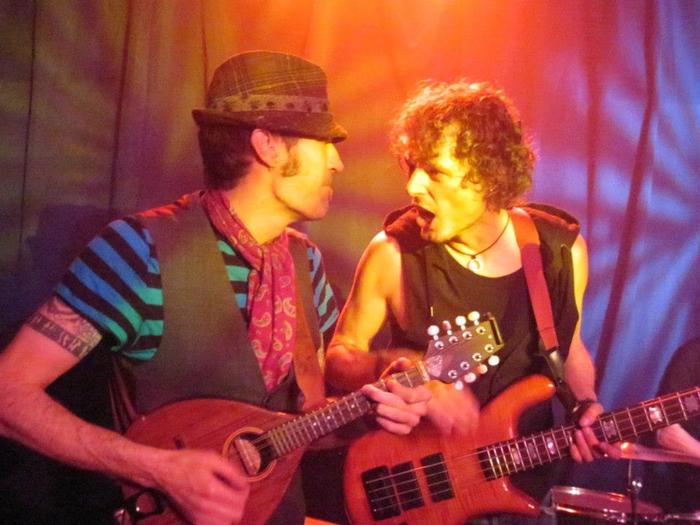 Daygan is based near Glastonbury and frequently plays the Bath/Bristol/Somerset region.

Daygan is a professional mandolin player based in Somerset . He plays traditional music of the ancient Celtic Isles, France and Brittany, some going back to medieval times as well as his own compositions. With the help of a loop pedal Daygan creates a magickal musical landscape that sounds like a mandolin orchestra! He gives these ancient tunes his own unique contemporary twist and styling , layering the melodies with textured rhythms and unique counter melodies.

He can perform as a solo artist and is also joined by Sunny Davidson on guitar/melodica and Ed Davidson which can be great for creating an upbeat, dance orientated atmosphere, ideal for parties, weddings, anniversary celebrations and the like. He is often also joined by virtuoso guitarist Kit Morgan, and with just two or three of them, what with Daygan's looping, they can create a very full sound whilst keeping the lineup relatively small. They are equally able to create ambient and evocative Celtic background music to accompany a lunch or dinner function or for a drinks do. There are options to continue adding extra musicians all the way up to a five piece band, if a bigger sound is required.