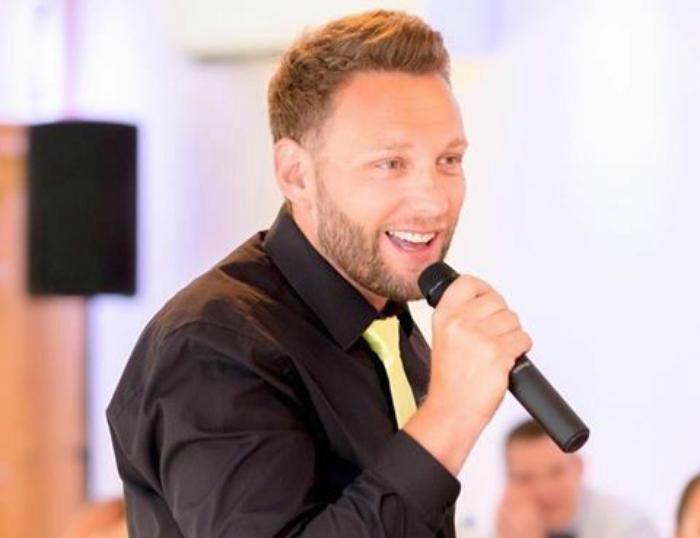 Craig has over 27 years as a singer and is available for Weddings and Events across the UK, Nationwide. He is a fantastic performer who will make an impact on any occasion.

Craig toured for 14 years with a band called The Teddys with two former members of showaddywaddy. His solo performance, which is suitable for corporate functions, weddings or private parties, covers a wide repertoire of well known classic hits, that all ages will know.

He has also toured Denmark, Norway, South Africa, Ireland and the U.K with Gerry and the Pacemakers in a show about Gerrys life called Ferry Cross The Mersey.

His singing waiter show can be solo or joined by two or three other waiters to really make an impact on any celebration, he will blend incognito as venue staff alongside the regular members of staff and perform a 30 - 40 minute set during the meal (Usually between mains being collected and desserts coming out) of classic well known up tempo songs for people to singalong with and wave their napkins and arms!

Singing Waiter Set
O Sole Mio/It's Now Or Never
Can't Take My Eyes Off You
It Must Be Love
Sweet Caroline
Teenager In Love
The Wonder Of You
Daydream Believer
Delilah
Celebration
Love Train
New York New York
Wedding/Corporate/Private Party Set
Ain't That A Kick In The Head
Three Steps To Heaven
Can't Take My Eyes Off You 2014
Heartbeat
Sweet Caroline
The Wonder Of You
Runaround Sue
Teenager In Love
Knock On Wood
Brown Eyed Girl
It's Now Or Never
Under The Moon Of Love
Beatles Medley
One Night Only
Pretty Woman
I'm A Believer
Let Me Go
SHINE
Human
Dance The Night Away
Delilah
I'm So Excited
You Got What It Takes
Celebration
Hey Rock 'N' Roll
Shake Your Tailfeather
Love Train
Relight My Fire
Johnny Be Goode
Cry
New York, New York
Johnny Be Goode
Hot Stuff
It Must Be Love
I Drove All Night
All Night Long
Uptown Funk
Forget You
Have You Met Miss Jones
Fly Me To The Moon
It Must Be Love
Daydream Believer
Shotgun