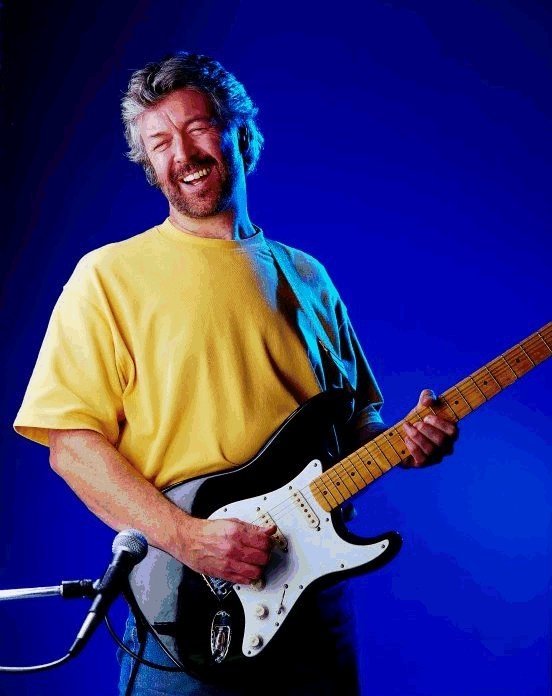 The band are based in North East England but frequently perform throughout the UK and even abroad.

The World's No1 Eric Clapton Tribute Band featuring front-man Mike Hall will be appearing at a venue near you soon!

The band was formed in 1985 in Newcastle upon Tyne long before the term “tribute band” was invented, and named themselves After Midnight after Eric Clapton’s first solo hit. Their ability to re-create Clapton’s electrifying stage performances really caught the audience’s imagination. In guitar/vocalist Mike Hall, the band possesses a front man who not only looks like Eric, he sings and plays guitar like him too! In the past 30 years Classic Clapton have become something of a rock institution.

In 1999, Mike won a national look-alike competition held at Madam Tussauds in London. Mike has met Slowhand twice, and even received a message of encouragement from the guitar maestro (written on a Concorde menu).

Tyne Tees television were so impressed, they made a programme about them, called 'Cover their tracks' and filmed the band's concert at Newcastle Opera House in front of 600 ecstatic fans. It was shown in August 2000 and received rave reviews, leading to national recognition.

In 2001 they embarked on an extensive tour of UK Theatres. renaming the tribute show "Classic Clapton". Since then, they have continued to perform throughout the UK and Europe including concerts at The Royal Festival Hall, London and a triumphant appearance at Glastonbury Festival in 2002. In the past few years they have performed numerous concerts in Europe including Spain, Estonia and Holland.

In July 2009 they appeared at St Andrews Auditorium in Mumbai. This was a great concert - it sold out and apparently many people were turned away. There were quite a few Bollywood stars & celebrities in the audience. A 10,000 mile round-trip for 1 concert, but it was a great experience.

Eric Clapton has been a major international star since the mid 1960s, when he revolutionised electric guitar playing with virtuoso performances in John Mayall’s Bluesbreakers. He has won an incredible 19 Grammies and is the only triple inductee into The Rock & Roll Hall of Fame (as a member of both The Yardbirds and Cream and also as a solo artist).

Eric Clapton’s recent tours unfortunately have visited only a limited number of large UK arenas. If fans want to hear all of his hits performed in more intimate surroundings, they really should attend a Classic Clapton concert. They will be performing authentic versions of all the popular Clapton Classics including Wonderful Tonight, Tears in Heaven, Crossroads, Lay Down Sally, I Shot The Sheriff, Sunshine of Your Love, Cocaine and of course Layla!

The whole of Clapton’s illustrious career will be covered including Cream, John Mayall’s Bluesbreakers, The Yardbirds, Derek & The Dominos and the solo years. There will even be an “UNPLUGGED” segment in nearly two hours of Classic Clapton.