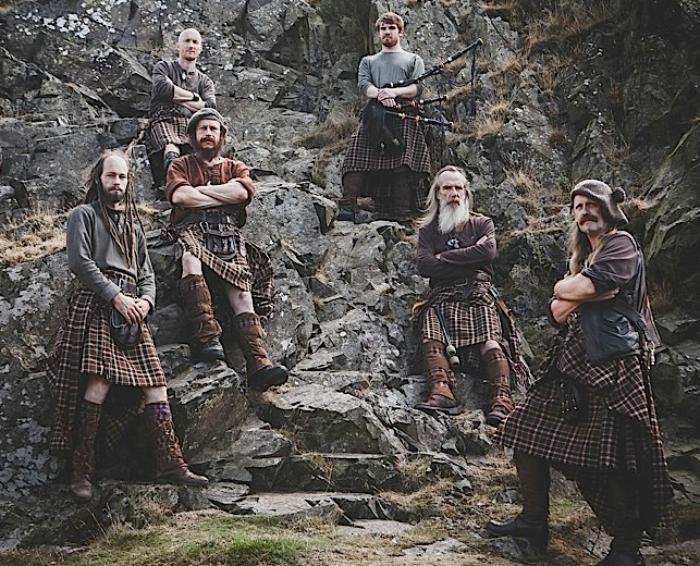 Based in Glasgow but play regularly throughout Scotland and across the UK.

Clanadonia from Mike Ward on Vimeo.

Traditional tribal drums and pipes band Clanadonia began as a close combat stunt crew for film and TV, most notably, Braveheart, Gladiator, King Arthur and The New World, effectively forming during the breaks in filming.

Individual Members of Clanadonia, have been entertaining for over ten years, their high energy blend of tribal rhythms, bagpipes and tartan clad mayhem, has wowed audiences across the globe.

Manager/Band Member Tu-Bardh Wilson, toured the USA for six years, performing at Highland Games and Celtic Festivals. He also performed at the Walls of Rememberence in Washington DC and New Jersey, with backing vocals for the song Sgt MacKenzie, written, composed and sung by the late Mr Joe Kilna MacKenzie. This was the title song in the Mel Gibson and Randall Wallace film "We Were Soldiers" and the song was lauded by the general public as well as our own Armed Forces who, along with other forces regularly perform the song at events.

Clanadonia are a great opener-middle-finale for any event and go down a storm at weddings, corporates and festivals and please check out their website for more information.

Some of the major events that Clanadonia have performed at over the years...