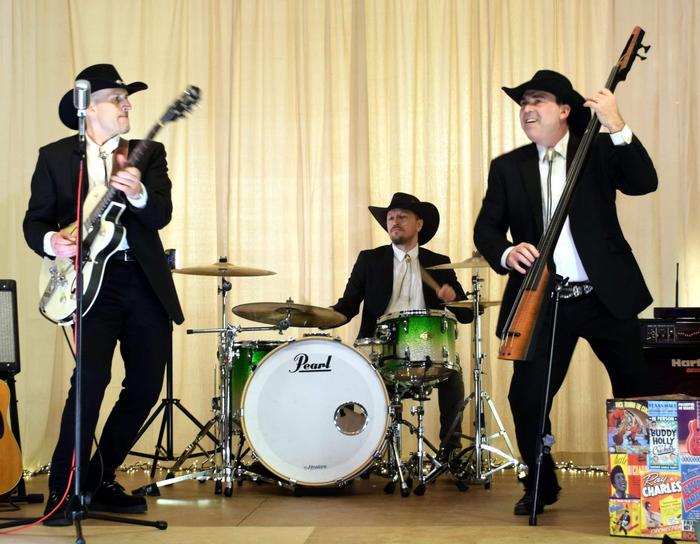 Bop50rocK is an authentic and fun 50's tribute band with a choice of stage look from DJ's to country to rockabilly , and a set from Cash to Elvis, Holly to Chuck Berry this 50s tribute band will wow any crowd.

Julian on Vocals and Guitar, has 30 years experience entertaining, from his time as an actor in stage shows, including performances at the Edinburgh Festival and across the local theatre circuit, to function band guitarist to Freddy tribute, his versatility and energy is addictive.

Simon, on electric Double Bass , is a versatile musician with over 30 years performing bass, keys and trumpet in shows and bands with occasional encounters supporting the good and great including performances with Rick Wakeman, Go west and Big Country.

Paul, with 20 years as a pro drummer, Paul has spent time on the road with groups and now finds himself in studios.

So bop till you drop with Bop50rocK.