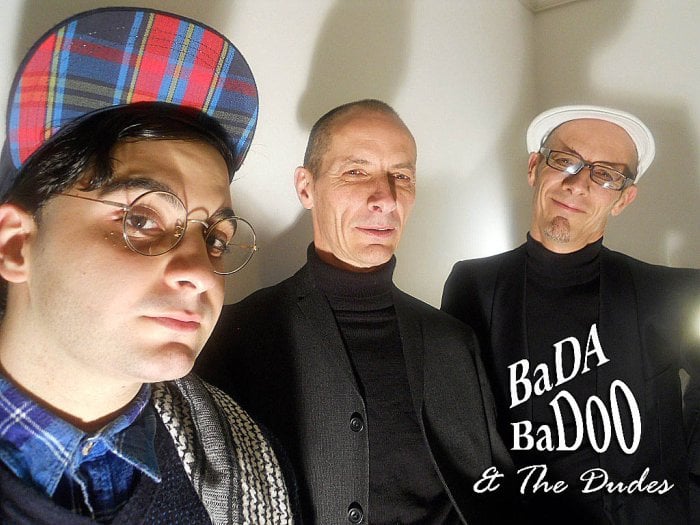 Bada Badoo and The Dudes

The band is based in London and usually performs within a 200 mile radius covering the south of England up to greater Manchester.

Bada Badoo was a featured artist from X-Factor 2010 and was the first artist of the 2010 season to release a single namely 'Conceptual Love'. After leaving the X-Factor roster Bada has joined forces with veteran musicians - former members of the 80's soul band The Coolnotes. This gave birth to 'Bada Badoo & The Dudes'.

The Dudes are ready to remind the listener about classic 90's R&B as well as the timeless live soul songs we all know and love. The Dudes are here to let you know that you do not need autotune to have the real X-Factor. Bada's comedic repertoire on stage in synergy with live musicians who know their groove creates an enjoyable atmosphere for all types of events.

Bada is a classically trained singer who began singing in his early teens. He sung on Saatchi & Saatchi and Saatchi Safe Sex advert 12 STDs of Christmas. Bada has also worked with Paloma Faith in the US (New York).

In 2009 he performed with the Souls of Prophecy Gospel Choir at the BBC Christmas Lights Ceremony. More recently, he performed with the choir on the TV show - Ultimate Big Brother Show (UK) (Endemol /Channel 4- September 2010). By contrast, Bada has been active in London's underground music scene recently, working with producers and artists on shows and performance art pieces.