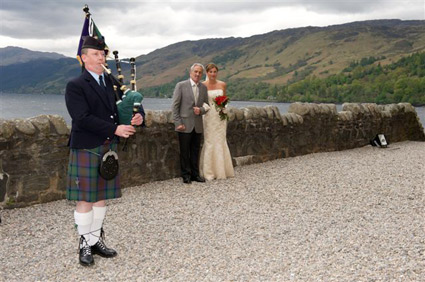 Ally has piped all over the country and europe for the last 18 years including playing for royality on a numer of occasions and even pop star's weddings!

Ally is currently pipe major for the isle of skye pipe band.

Piping on your wedding day?

Ally can also play during the signing of the register, and after the service, he can pipe the bride and groom out of the church.