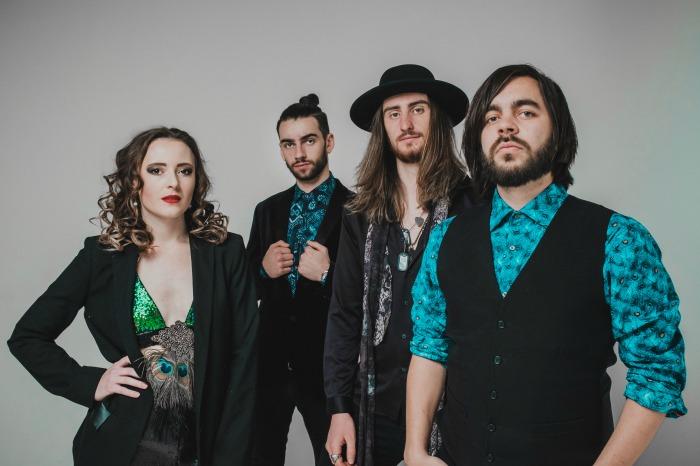 The band are based in Bristol and frequently play across the South West, Wales, Gloucestershire and the Midlands and are happy to travel UK wide and Internationally

Alibi are a hot, dynamic and highly in-demand female fronted band band that have played around the globe to a massive variety of audiences. All musicians performing in Alibi are top UK Professional Musicians with years’ worth of Live experience in addition to diverse individual careers within the music industry.

Today’s Top Pop Chart is often what shapes an Alibi set list, but with an extensive repertoire, if it’s classic throwbacks you’re after, they've got you covered! Attaining a BA(hons) degree in Professional Musicianship, each member has an in depth understanding of popular music and performance that has grown over the past few years of performing live around the world together. With everything from Beyonce to Basement Jaxx and Rihanna to the Rolling Stones in the bag, these guys will fit the bill.

The act have played some amazing gigs for a variety of occasions such as international cruise lines, weddings, festivals, parties and corporate events that include popular brands like Oktoberfest, Fred Olsen, P&O, BBC, Za Za Bazaar chain, Vale Resorts and even touring the French Alps (Rond Point, LOCO Club & Cocorico). Individually, the band members have also found success in their careers which include being signed to record labels, performing with award winning bands, UK tours, recording at the world famous Real World Studios and even a gig at Hyde Park!