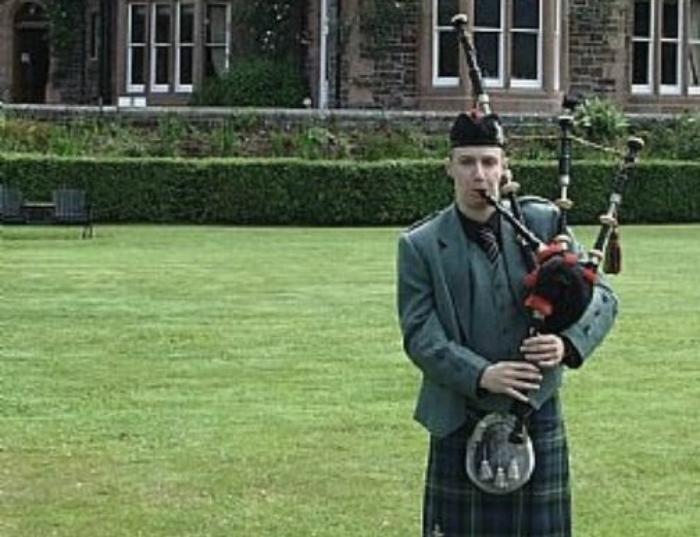 Ali is studying Applied Music at the University of Strathclyde and ives in Glasgow during term time and live at home in Alness during the summer. He is available to travel to any Wedding or Event.

Alasdair Turner is an experienced piper based in Glasgow and the Highlands but also playing throughout Scotland and abroad.

Adding a lasting musical memory to your function through the playing of the stirring sound of the Great Highland Bagpipe will give a great ambience to your celebrations.

He is available to play at Weddings, Events and other special occasions where the sound of the Great Highland Bagpipe can add a lasting musical memory.

A piper for many years, he was Pipe Major of his Novice-Juvenile Pipe Band and is now a member of a Grade 1 Pipe Band. He is also a Champion Piper who has played on the Solo Piping Circuit.

Alasdair has piped at many weddings including at The Loch Torridon Hotel, voted the Hotel of the Year, and at many functions including The Princess Royal’s visit to the Highlands, Celtic Connections, Playing with The Red Hot Chilli Pipers, Supporting The Chieftains, For BBC Alba in a Gaelic Music Programme, “itrad”, For the start of Baxter’s Loch Ness Marathon, Welcoming Cruise Liners to The Highlands, At The Ironworks in Inverness, For the Finale of The Year of Culture.

No standard set list is applicable, flexible to suit clients.