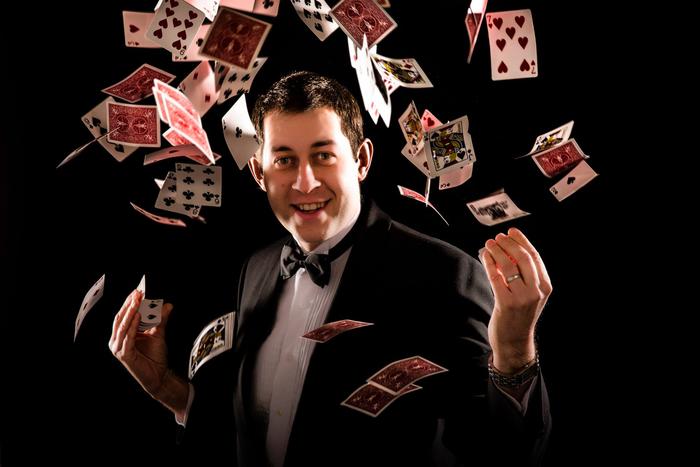 Award Winning Magician Alex Michael, is regarded as one of the UK’s top close up magicians and entertainers. He travels UK wide performing unique, cutting edge, interactive magic for weddings, corporate events and private parties. His magic is aimed a discerning client who appreciates style and uniqueness and for whom the very best entertainment is a high priority.

Alex Michael is an Award Winning magician specialising in performing eye popping close up magic at any event.

Alex has been performing magic for over ten years and has performed all over the UK at venues small and large and at countless weddings and corporate events.

Alex gets booked time and time again by the same clients who know that they cannot find a better magician.

Be it during a drinks reception, between courses, or at a private house gathering Alex can add the WOW factor with his unique brand of magic.

Alex’s magic is also recognised within the world of magicians where he has multiple awards and his magic has taken him all over the world performing for celebrities alike and has performed on TV on numerous occasions.

Alex’s is flexible with the type or performance he delivers and liaises with the clients to ensure that 100% satisfaction is guaranteed.