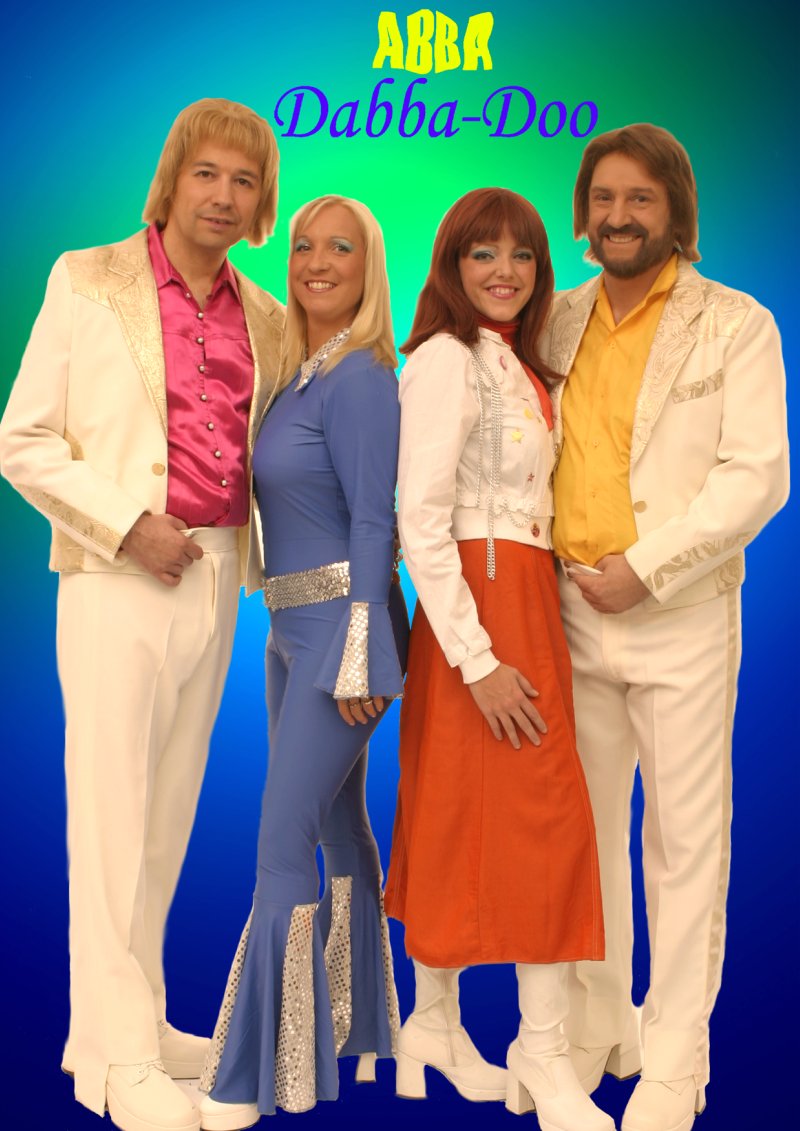 Abbadabbadoo are based in the Midlands area near Walsall but are available both nationally and internationally.

Abbadabbadoo are one of the UKs leading Abba Tribute bands. With over 40 years of experience between the line up, Abbadabbadoo strive to achieve the most authentic tribute ever to the Swedish sensations of the 70s, Abba. With great precision and detail, they have recaptured the sound and vocal harmonies and uncanny resemblance to the phenomenal musical legends, Bjorn, Benny, Agnetha and Frida. In a show stopping tribute filled with non-stop hits such as Waterloo, Dancing Queen, Money Money Money, SOS and many more, they leave their audience breathless with their energy and always chanting for more! Fast and colourful costume changes along with musical arrangements reminiscent of the original Abba songs make Abbadabbadoo one of the most sought after Abba Tribute bands not only in the UK, but also overseas.

Abbadabbadoo also perform a second tribute show to the Sensational 70s called Flashback, in which they perform the best dance classics from the era in a non-stop party fashion, with platforms and glitzy costumes electrifying the audience and filling the dance floor. Both shows booked in conjunction with each other allow for a whole themed evening dedicated to the 70s/80s and giving the audience a night to remember, with live music from start to finish! It's just like having two bands except without all the extra equipment and cost. Having now become their best seller, this package has been named The AbbaDabbaDoo Extravaganza and offers excellent value for money.

To sum it all up, if you want to book an excellent Abba tribute act as well as the optional extra performance from Flashback, Abbadabbadoo could be the perfect band for your function.